A true story.
“Edwin Booth, a staunch Lincoln supporter, was honored by the president -- and even saved Lincoln’s son Robert from being crushed by a train shortly before the president’s assassination. Edwin, the more successful actor, divided the map allowing John Wilkes the opportunity to only perform in the South, while he ruled in the more desirable North. Every book I read on the family claimed that John Wilkes was his parent’s favorite. Their mother, Mary Ann, constantly told the boys of her prophesies about their destiny, leading them to become self-fulfilling. My research has led me to believe that Abraham Lincoln may have been murdered as a result of sibling rivalry, and not because of John Wilkes’ great love of the confederacy. The Brothers Booth encourages audiences to roam Edwin Booth's former mansion in search for the truth. Utilizing Shakespearean themes, longtime conspiracy theories, and surreal vignettes, Speakeasy Dollhouse: The Brothers Booth weaves together a story of the brothers' troubled lives.” -- Cynthia von Buhler

The given password is to be whispered to a newsboy on the street in the back of Edwin Booth’s Greek Revival mansion -- now home to The Players, a real-life club for luminaries of all eras from Mark Twain and John Singer Sargent to Liza Minnelli and Jimmy Fallon.  Ushered via a secret entrance into the club’s opulent ballroom, the audience is swept into a splendorous scene:  The November 13, 1919 gala unveiling of a life-sized bronze statue of Edwin, a legendary Shakespearean actor and the club’s founder.

A newsboy announces the statue unveiling along with other breaking news: the Volstead Act has been passed and the John Wilkes Booth mummy has been stolen from the circus.

Bootleg cocktails, burlesque, gambling, and live jazz are staples of the evening’s festivities. Scandals abound. The troubled relationship between handsome and impetuous John Wilkes and brilliant but brooding Edwin unravels as a series of surreal vignettes which swirl around partygoers and echo throughout the many rooms of the mansion. Because guests have the freedom of movement and to initiate interactions in the space, each experience is unique. While it pays not to be shy, even those who wish only to observe will be surrounded by eye-raising conversation, rousing music, dramatic performance, evocative puppetry, and haunting séances and spirit photography. 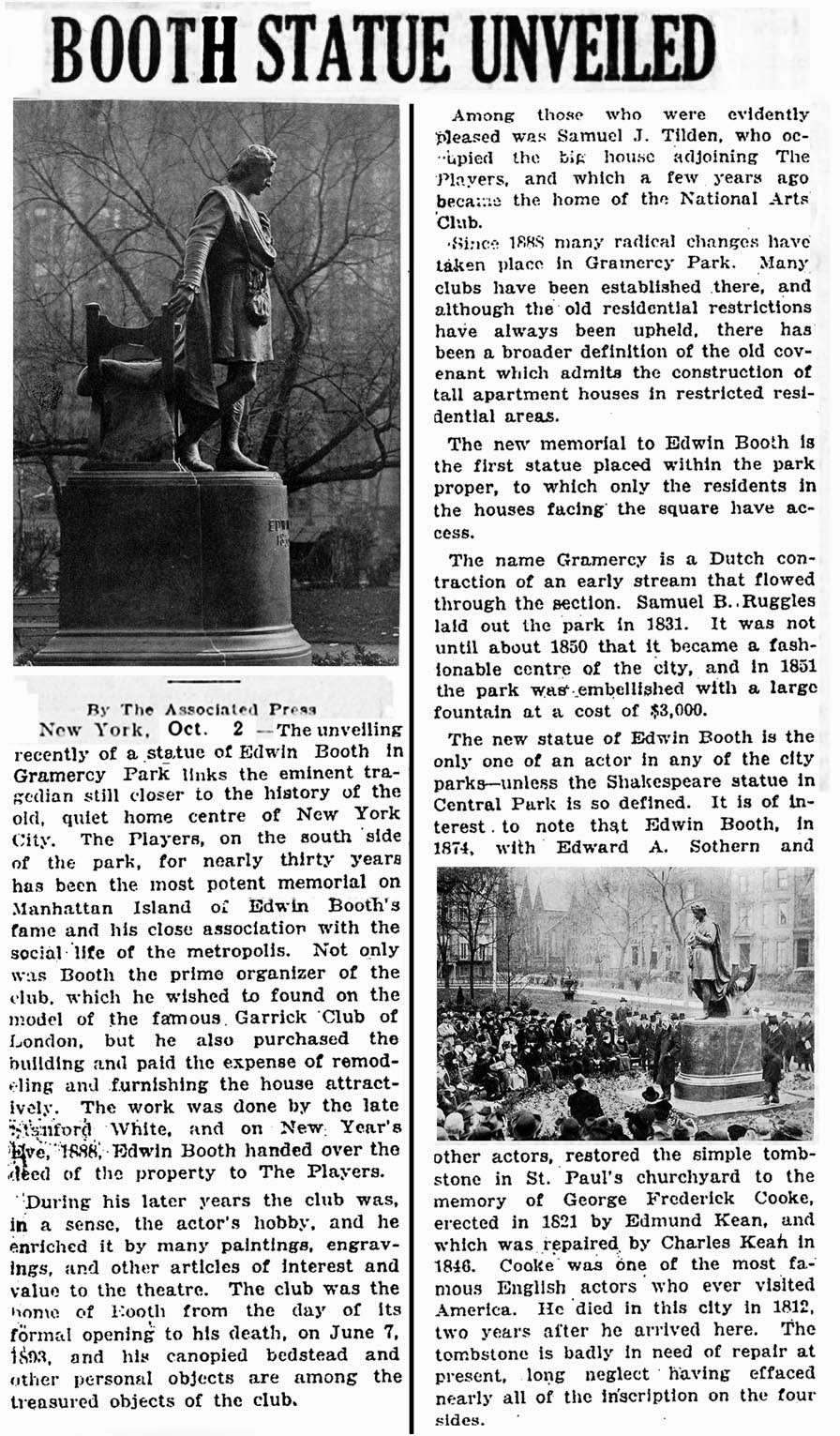 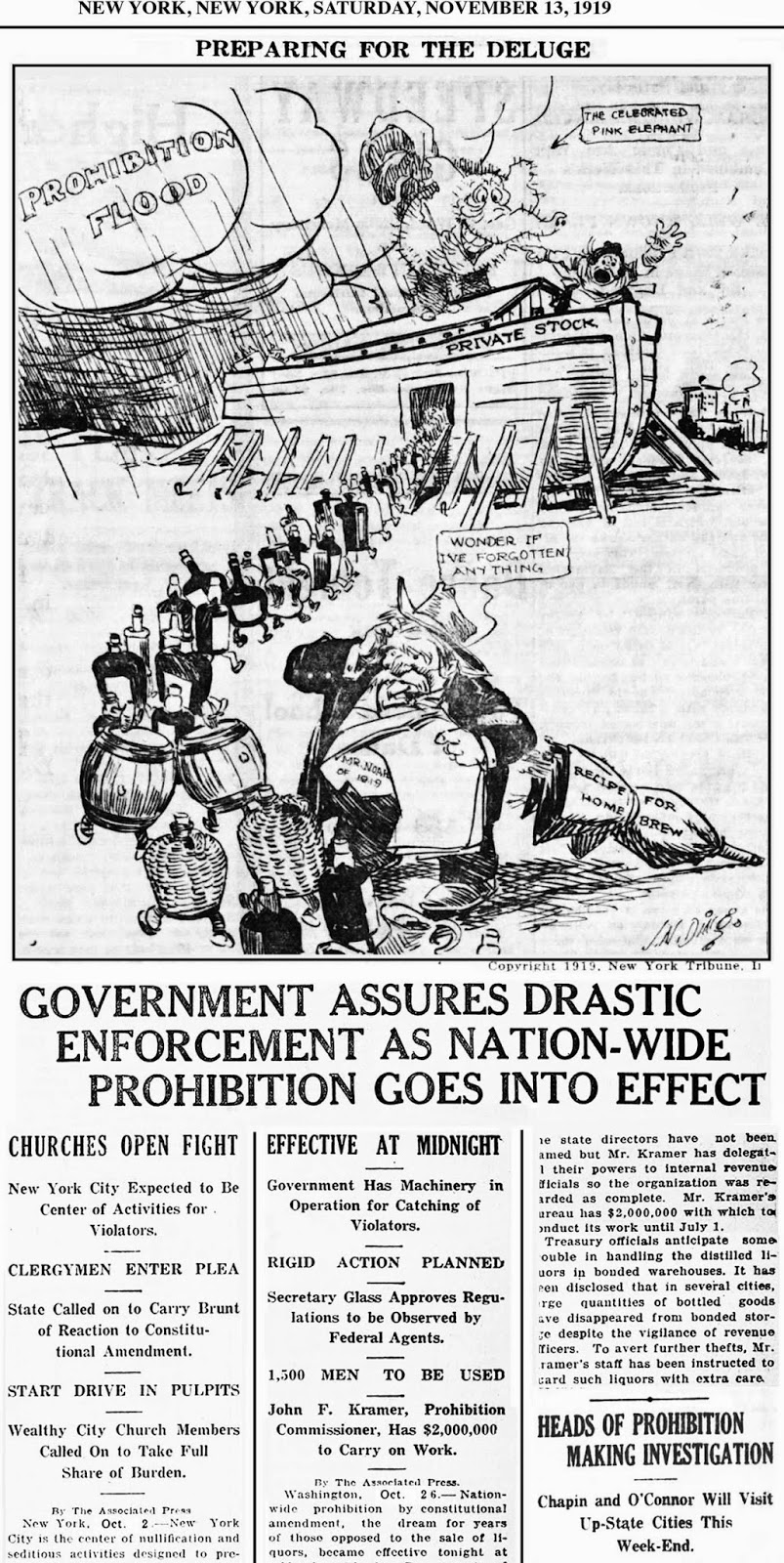 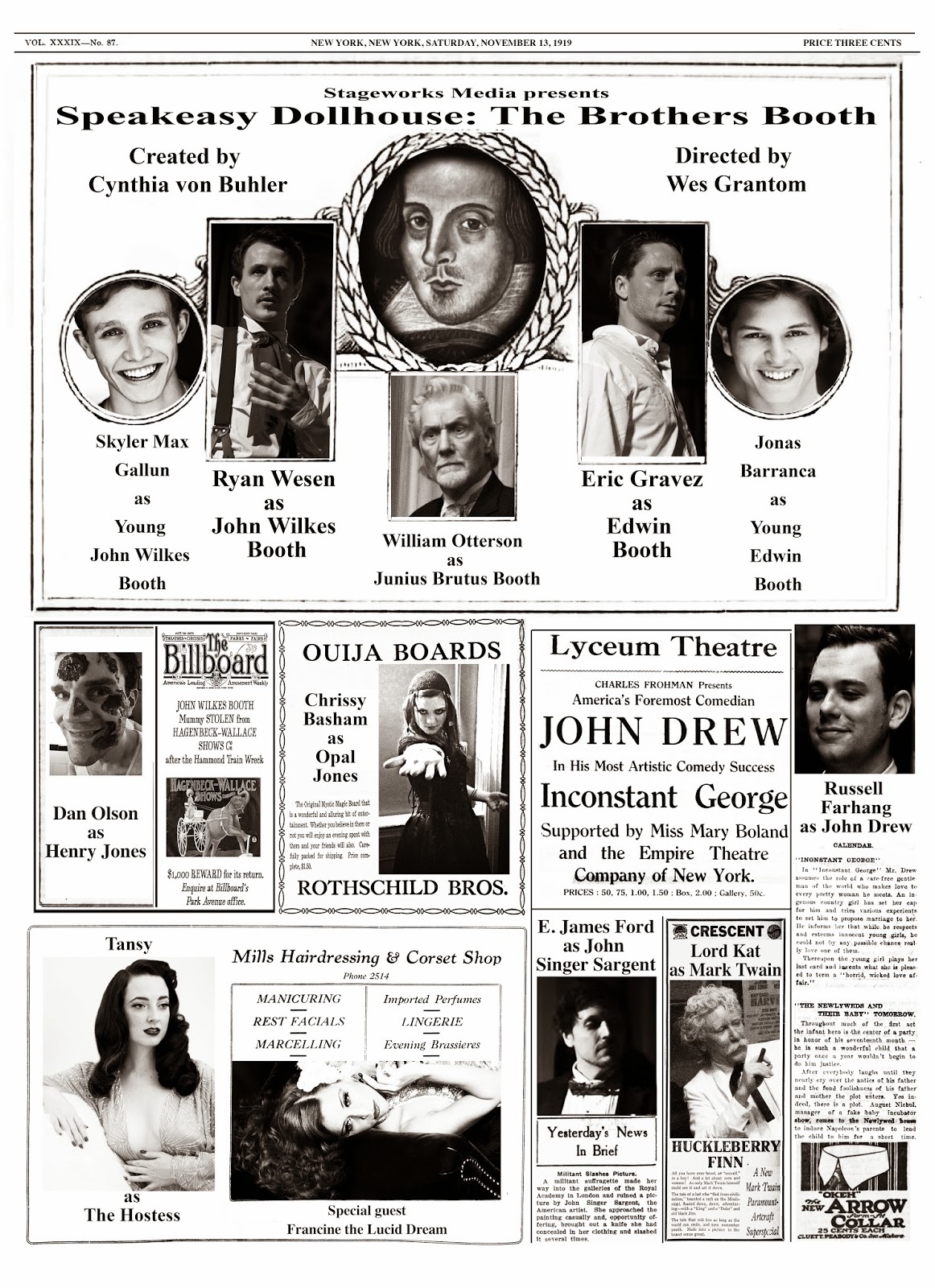 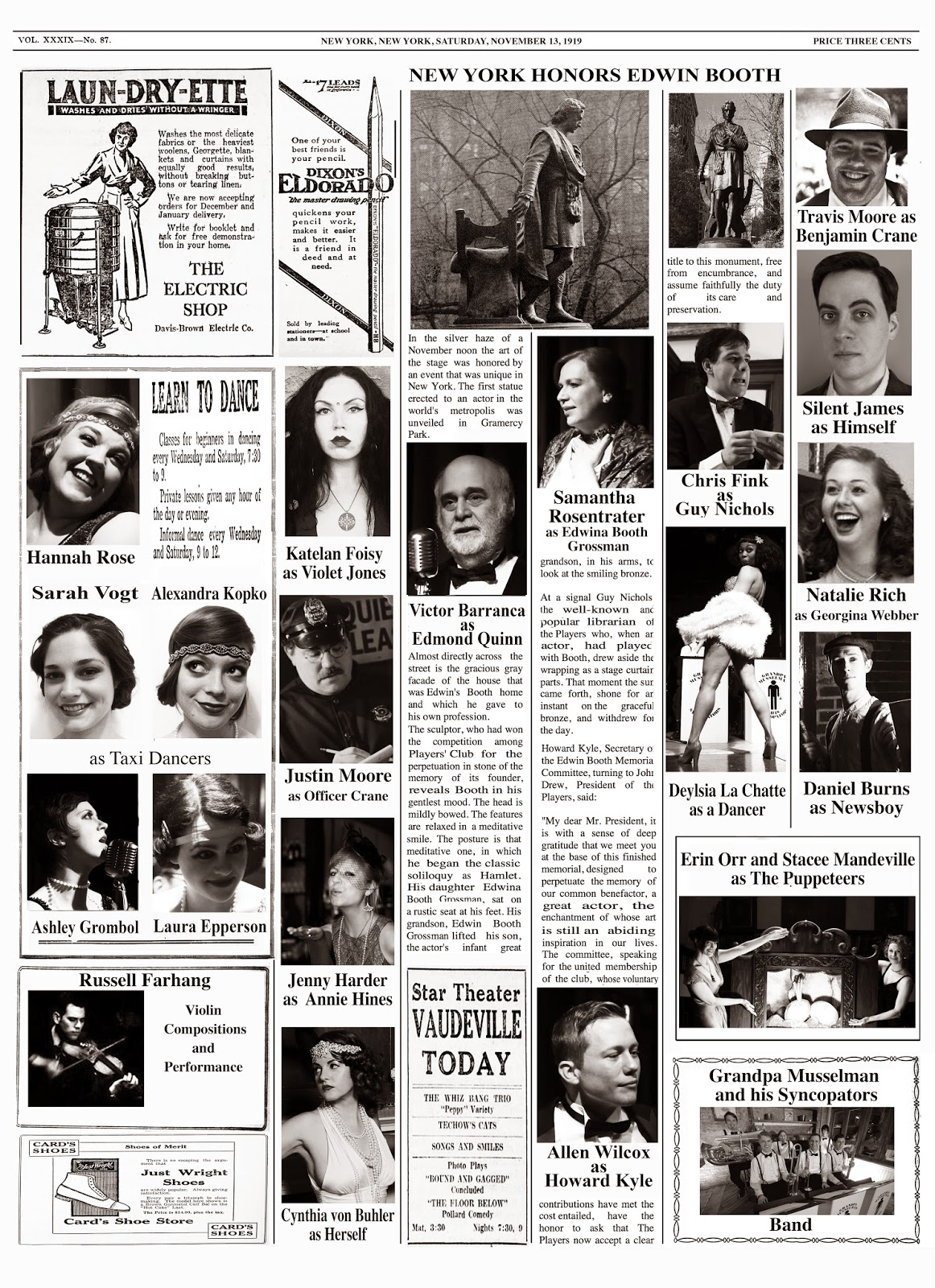 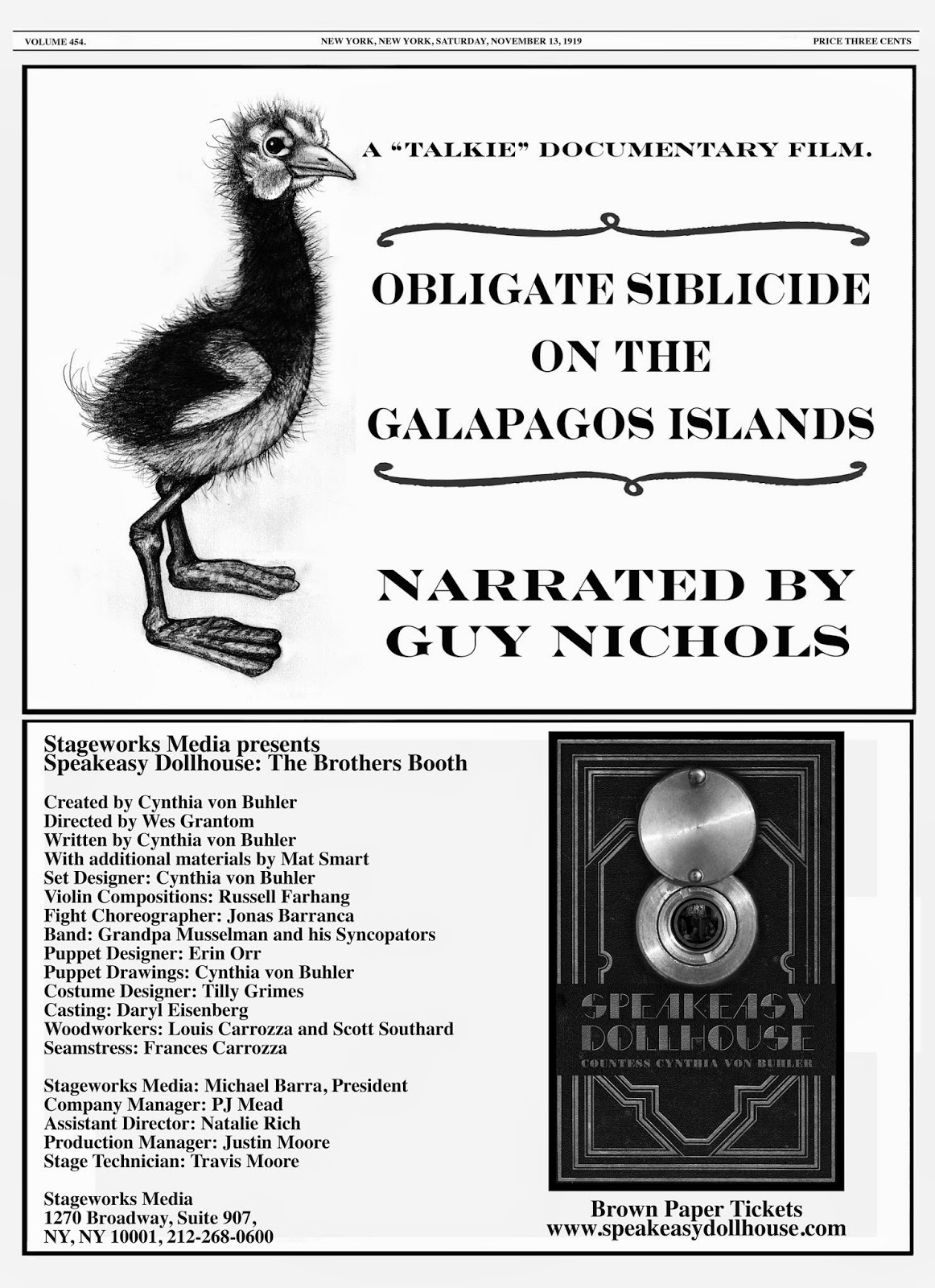 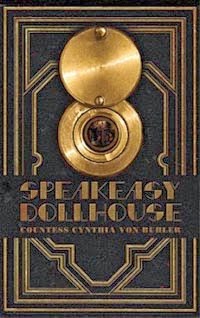 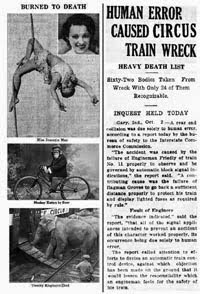 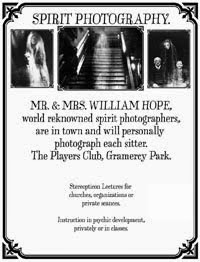 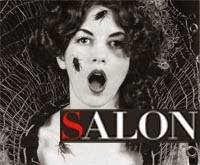